Are You Eligible for a First Home Buyer Grant?

The First Home Owner Grant (FHOG) scheme was introduced on 1 July 2000 to offset the effect of the GST on home ownership. It is a national scheme funded by the states and territories and administered under their own legislation. The Scheme was established to assist first home buyers to purchase their first home by offering a $7,000 grant. Eligible first home owners can receive the grant regardless of their income or the area in which they are planning to buy or build.

The scheme allows eligible individuals to purchase a house, townhouse, apartment, unit or similar contingent on the valuation being $750,000 or less. Most importantly, the property cannot be a holiday home or an investment property. If you match the criteria, then you can enjoy the benefit of this scheme and get your first home.

Don’t Base Your Home Buying Decision on Grants

Some buyers choose properties due to the additional benefits of availing first home buyer grants. This may work out for some, but it is better to seek low interest rate home loans that help you to get substantial savings and you can use the amount for investment properties, holiday homes and other residential properties. If you need help with home loans, you should consult with our dedicated home loan specialists who have years of experience in the market and they are more than determined to help you get the lowest home loan interest rates in the market.

Posted by First Stop Lending  |  Comments Off on Are You Eligible for a First Home Buyer Grant?  |  in Blog
May 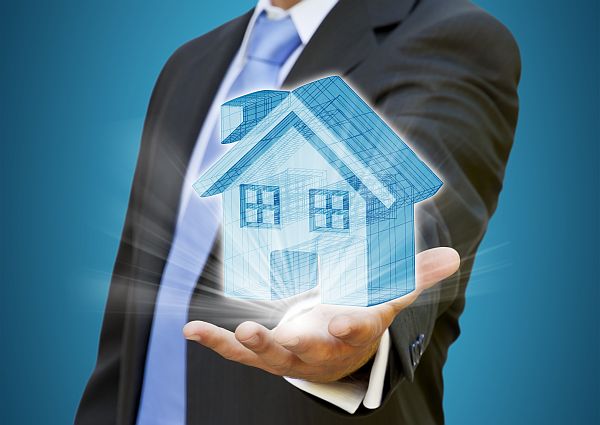 The demand for home loans in Australia fell in the month of March this year. However, it was interesting to see that the value of the investor loans increased. This is a clear indication that the investors are returning to the market despite the falling home loan demands.

ABC. News reported that the data from the Bureau of Statistics showed the number of loans taken out by owner-occupiers dropped by 0.9 per cent over the month to 56,316, seasonally adjusted, although they are up by 3.8 per cent over the year. Economists had already predicted the downfall which was expected to be 1.5% in March.

The value of owner-occupier mortgages fell by 1.2%over the month to $20.7 billion on a seasonally adjusted basis. In contrast, the value of loans taken out by investors rose by 1.5% (seasonally adjusted) to just over $12 billion. This indicated a clear pull back from the 3.1% increase seen in February. All of this caused the value of the investor loans to fall down by 13% over the year. 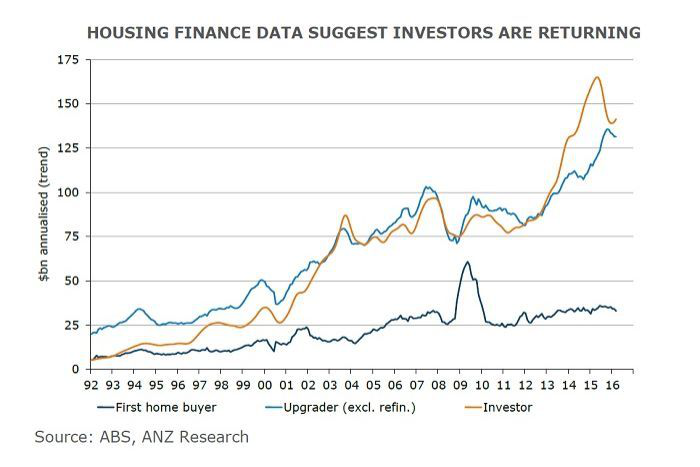 Based on the above statistics and data, it is evident that investors are driving the demand in the market. Due to the increased competition in the market owing to increased participation of lenders, refinancing has become a popular option for those who wish to seek lower interest rates and better deals on their existing home loans.

The fall in home loan demand in March should not be considered as the overall trend in the market. If you consider the long term average value, then the position has been good enough. Even the number of home loans written in March this year was 3.8% higher than the previous year. This shows that the market is headed for a gradual but positive growth.

Based on the analysis of the available data, it is safe to say that the market will remain alive in the times to come and the growth will show a positive trend as more investors participate in the market in addition to the rise in refinancing options.​ 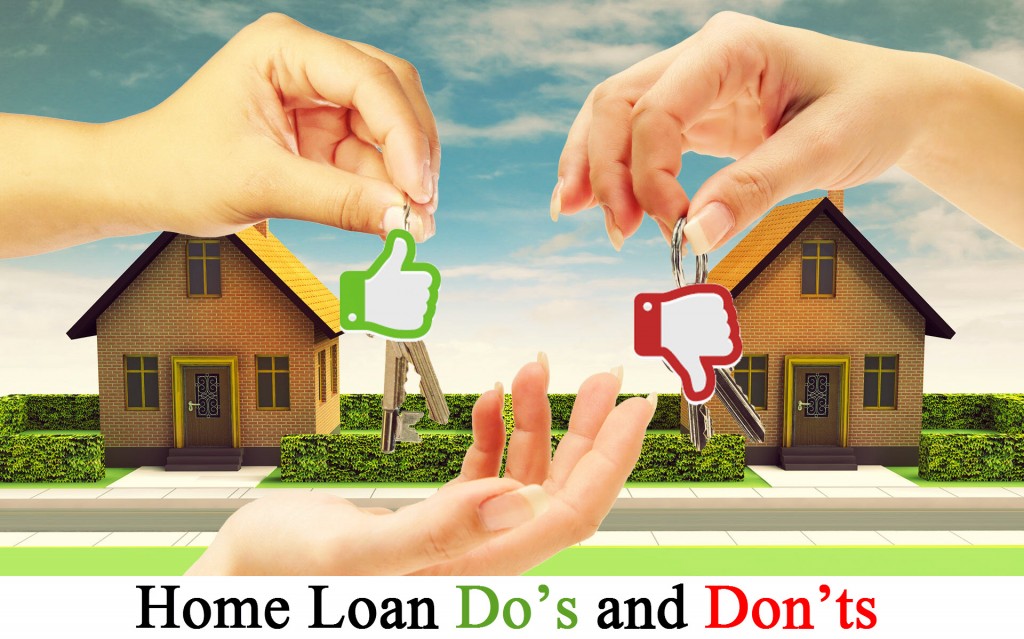 First time home buyers find it quite daunting to apply for a home loan and manage all the requirements by themselves. Investing in a home is a long term consideration involving a considerable amount of funds. Getting a home loan is the most feasible solution for most people because they might not be able to afford pay the entire value upfront. If you are thinking of applying for a home loan or if you have already applied for one, then consider the following before making your next move.

Home Loan Do’s #1 – Take the Help of Professionals at Every Step
Buying a home is not an easy task. There are several legal formalities and paperwork to be handled. It is best to take the help of home loan specialists who are well versed with home loan procedures and can get the work done without any hassles. Understand the financial and legal aspects of the loan from a home loan specialist and then proceed with the application.
Home Loan Do’s #2 – Create a Detailed Budget
Investing in a home is not just a one-time-payment affair. You need to be able to pay the EMIs without affecting your basic expenses. Create a detailed budget to understand exactly how much you can afford. This will help you to decide the best interest rate for your loan, namely, fixed interest rate and floating (variable) interest rate. Also, make sure that you identify all the costs involved in the home loan. It is important to make a list of all expenses and when you need to make the payments.
Home Loan Do’s #3 – Find the Lowest Home Loan Interest Rate
Never settle for a home loan that is offered to you. Research the market and try to find the lowest home loan interest rate. You can save a lot of money by choosing the lowest rate. If you are not able to find it yourself, then take the help of home loan specialists who can do the work for you. Remember, it is your money and you should do everything in your power to save as much as possible. A First Stop Lending broker will help you finding the best home loan rate.
Home Loan Don’ts #1 – Avoid Emotional Attachments
When you decide to invest in a property, you should not let your emotions influence your decisions. There is a good chance that you will end up getting the wrong deal if you let your emotions dictate your decisions. Conduct a thorough research, consult with experts, and make an informed decision that is based on hard facts and reliable data.
Home Loan Don’ts #2 – Don’t Perform Renovations / Repairs On Your Own
If you don’t have the skills to perform a professional renovation, then don’t even think about attempting it. You might end up damaging the property or reducing its value. Investing in maintenance and repairs is not only moneywise; it could be crucial to a future sale. If you are on a tight budget, then focus on the most important repairs first and then target the other areas one by one.
Home Loan Don’ts #3 – Don’t Be Hasty
Searching for your first home is an exhilarating experience, and it’s easy to get caught up in the excitement of it all. If you make any offer or accept any offer, then it is a legally binding contract and the implications of withdrawing your interest or violating the terms could put you in a difficult position. Never be hasty in taking such decisions ever.